Inventions that promoted the 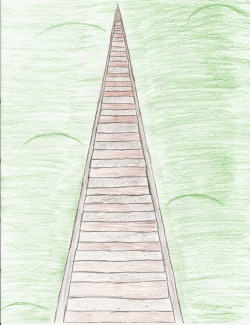 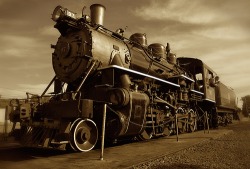 Peter Cooper, a mechanic that taught himself, built a steam locomotive to pull the train cars or carriages.  His steam engine could travel 18 miles per hour.  This was three times faster than the horse-drawn trains that Americans were using.  Making a railroad was cheaper than digging canals and rails did not freeze in the winter.  The railroad era in America began and people and goods were now moving across the country faster than ever.

The first steam locomotive in the Northwest, a balloon-stack American built by Smith & Jackson at Paterson, NJ, arrived in St. Paul in 1861 -- on a Mississippi River steamboat. It wasn't until the following June 28 that the little William Crooks chuffed out of St. Paul on its initial passenger run to the village of St. Anthony, now Minneapolis, signalizing the completion of the first 10 miles of railroad in Minnesota. The railroad was the St. Paul & Pacific, Great Northern original predecessor line, and locomotive No. 1 carried the name of its chief engineer, Colonel William Crooks. A century later, on June 28, 1962, Great Northern fittingly commemorated its Centennial of service by presenting the William Crooks to the Minnesota Historical Society. The famous pioneer locomotive can be seen on permanent display in the St. Paul Union Depot. This classic 4-4-0, with tender, weighs 40 tons. Overall length is 51 feet. Diameter of driving wheels: 63 inches 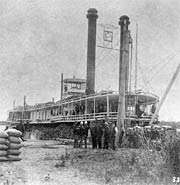 Many pioneers preferred to use the rivers as a means of transportation.  Moving goods and people along river routes was cheaper and much quicker.  Some pioneers traveled on rafts or flatboats.  These flatboats were also used to move crops down the Mississippi River.  But, these boats could only go one way. They could not travel upstream.  Then there came the steamboat. John Fulton, a man who started out as a painter but later became an inventor, was the inventor of this amazing new boat. The steamboat solved the upstream travel difficulty.  The boat got its power from a steam engine Fulton made to make it move.  He named his first steamboat the Clermont.  By the 1820s steamboats were carrying passengers and goods up and down eastern and western rivers.  For the farmers in the South, these boats could pick up the goods they made and take them to new markets in the North.

When the steamboat transported people and goods upstream, it made a new economy, new towns, and brought unimagined luxury to the settlers. Before the steamboat, settlers on the other side of the Appalachian Mountains slowly floated their goods on flatboats and keelboats down the Mississippi River and only at great cost poled them up. Therefore, the spread of products and information was almost completely a one-way route, governed by the currents of the vast river. Now everything was changed.

Approximately two hundred years ago, people traveled by boat a lot. The boats they had only traveled downstream. They wanted something different. John Fulton gave them that different boat. 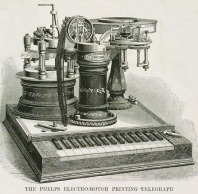 An American inventor named Samuel F.B Morse had became interested in the telegraph. In that same year he built his first telegraph. The path of the telegraph started when discoveries of electric could be produced. The telegraph was made to send long distance messages. The word telegraph refers to an electric powered telegraph.  The wireless telegraph is sometimes known as C.W.

Click the picture to learn more about inventions during this time. 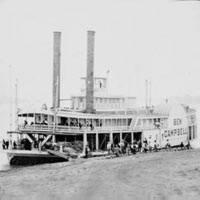